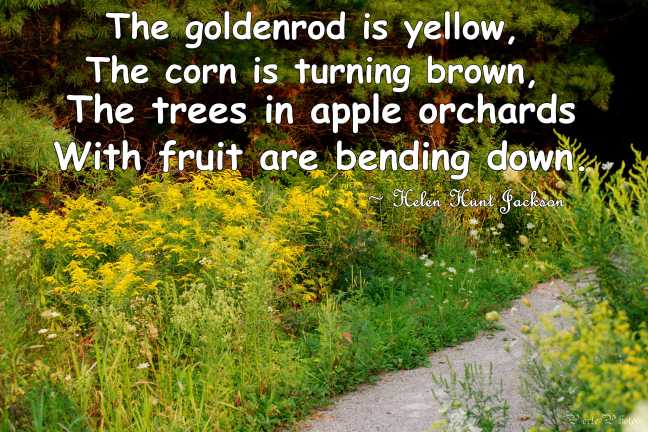 The goldenrod is yellow,
The corn is turning brown,
The trees in apple orchards
With fruit are bending down.

Spirit Day is an annual LGBTQ awareness day observed on the third Thursday in October. Started in 2010 by Canadian teenager Brittany McMillan, it was initially created in response to a rash of widely publicized bullying-related suicides of gay school students in 2010, including that of Tyler Clementi.