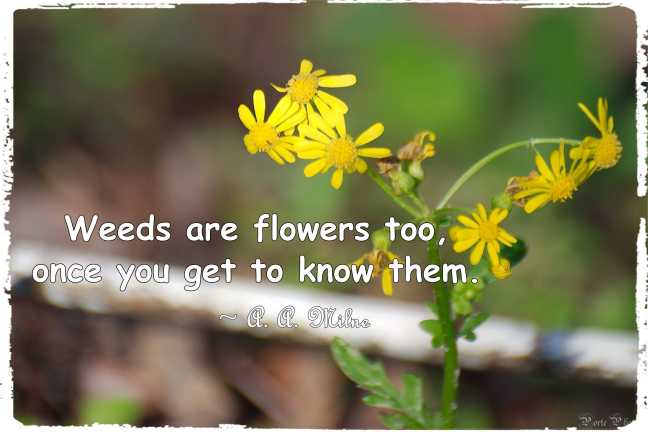 Weeds are flowers too,
once you get to know them.

Life is not a matter of holding good cards,
but sometimes, playing a poor hand well.

I started my Hiking Spree with an easy hike at Morrisbridge Park. Only 7 more hikes to complete before entering the contest. I’m aiming for 1 per week.

Age is just a number.
Life and aging are the greatest gifts
that we could possibly ever have.

Mimosas in the morning, not the type you drink, but the tiny fairy like flowers blooming in the grass in the Cuban mornings. Leaves that fold up when touched holding the small bits of dew against the early morning sun.

Another day older but no wiser. 2022 is rapidly ending and people are starting their lists of what happened this year.

Unfortunately, 2022 may be remembered as the year of the gun. The Canadian government trying so hard to eliminate guns, while farmers and hunters are trying to keep their rifles. Still another 6 lives are gone this weekend as violence broke out in a Vaughn neighbourhood just north of Toronto. And the aged old question: is it guns that cause violence or violence that uses guns when emotions are too raw to do anything else? Homelessness, fear of homlessness, drugs, alchohol, despair, poverty, inflation, love or lack of love, abuse, interest rates, inflation, investment loss as bitcoin sinks…..

Love and a red rose can’t be hid.

You will never find time for anything.
If you want time you must make it.

I’ll tell you one thing,
it’s a cruel, cruel world.

You’ve made us laugh so many times and taught us how to laugh at ourselves.

It may be a cruel, cruel world, but like a rose in the first snowfall there is beauty in everything.

A woman is like a tea bag
– you can’t tell how strong she is
until you put her in hot water.

The first official Day of Fall and the weather is going to accentuate the statement with a high of only 12C and a low tonight of 4C (frost is possible).

As I’ve seen in memes on Facebook, the trees are preparing to show us how beautiful it can be to give up.

Last night’s Strathroy-Caradoc Horticultural Meeting was a wonderful slide show presentation by Valerie. She showed us a wonderful International Topiary exhibit held in Montreal several years ago. Some of the displays were over 10 stories high. She also showed us flowers from her garden.

Fall is a busy time for gardeners as they bring in tender bulbs and plants, prepare the beds for winter, then get busy planting new bulbs for next spring. It’s a wonderful time to plant trees and shrubs as they can establish new roots during the winter and then sprout new branches in the spring.

Then gardeners prepare to cocoon during the winter with seed catalogues or travel to warmer places where they can tend gardens in the winter or look for new gardening ideas. 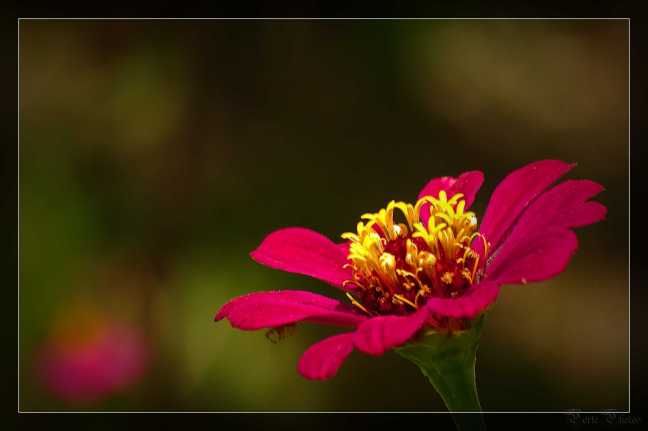 Zinnias plated as soon as we arrived in Florida are in full bloom. Definitely something I will do again.

My youngest son insisted on getting a piano. He took lessons and enjoyed playing every day. Then he grew up and started to play golf. Today is Piano Day. Enjoy the sounds while you can.

In the 1970’s young men dodged the draft and came to Canada from the USA. We watched and had slogans of peace not war. The Vietnam war ended and the veterans came back in shame. I saved all the newspaper clippings for a History Project. It took a long time before they were called heroes. Young men that would never be the same. Disowned by their own country men. Many never returned. Those that did would never be the same. So honour the veterans on National Vietnam War Veterans Day.

On a lighter note today is also National Lemon Chiffon Cake. Enjoy some drizzled with a bit of icing. 😉